The ECI campaign demands that the EU and its Member States do not ratify CETA and discontinue negotiations on TTIP. It aims to show the scale of public opposition against CETA and TTIP in the EU. We chose to do so within the framework of a European Citizens’ Initiative (ECI), which is an official instrument in the European Union for citizens to have a say on EU policies. However, our application in mid-July 2014 to be registered as an ECI was rejected by the European Commission in mid September 2014. After this rejection we decided on two core courses of action: 1) we are appealing the European Commission’s decision to reject the ECI in the European Court of Justice (ECJ). The lawsuit was filed in early November. We are awaiting the Commission’s first legal response in early February 2015. 2) We are carrying out the ECI on a self-organised basis. We argue that citizens cannot be prevented from carrying out an ECI on an issue that will affect them so profoundly. We also use the rejection of our ECI as an example for how the Commission tries to prevent citizens’ involvement in TTIP and CETA negotiations. More about the story of the ECI campaign at https://stop-ttip.org/about-the-eci-campaign/

What do we try to achieve with the ECI?

There are multiple efforts from various civil society organisations across Europe to stop TTIP and CETA come into place. The ECI’s contribution to these efforts is to fulfil four main objectives:

1) to inform the public about the dangers posed by TTIP and CETA;
2) to engage the public by offering them the opportunity to take a low-key action, thus providing an entry point into the movement;
3) to demonstrate that a high number of Europeans oppose the treaties (the target that we communicated so far is that we want to become the largest ECI ever, which means effectively that we have to gather at least two million signatures);
4) to build a strong European movement, i.e. ensure that the strong opposition that already exists in some countries is carried to other EU Member States. A measure of our success on this objective is the number of country quorums (= a minimum required amount of signatures per country as defined in the ECI rules) that we manage to reach and surpass.

What is the time frame?

A regular ECI has one year to gather signatures. Since we started out on October 7, 2014 signature collection continues until October 6, 2015. These are important dates in the campaign’s calendar:

Early February – First legal response by the European Commission to our lawsuit filed at the ECJ
2-6 February – TTIP negotiation round in Brussels
18 April – Global Day of Action against TTIP, CETA and other FTAs. Massive opportunity for us to gather more signatures
18-21 May – European Parliament votes on TTIP resolution

Additionally, there are likely to be two or three further rounds of TTIP-negotiations, developments on the ratification of CETA, statements on ISDS (potentially even another EP resolution) and national events that can be used to raise awareness.

And if you haven’t done it yet, SIGN THE PETITION.

A small world after all 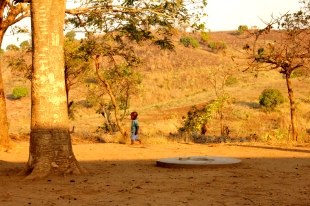